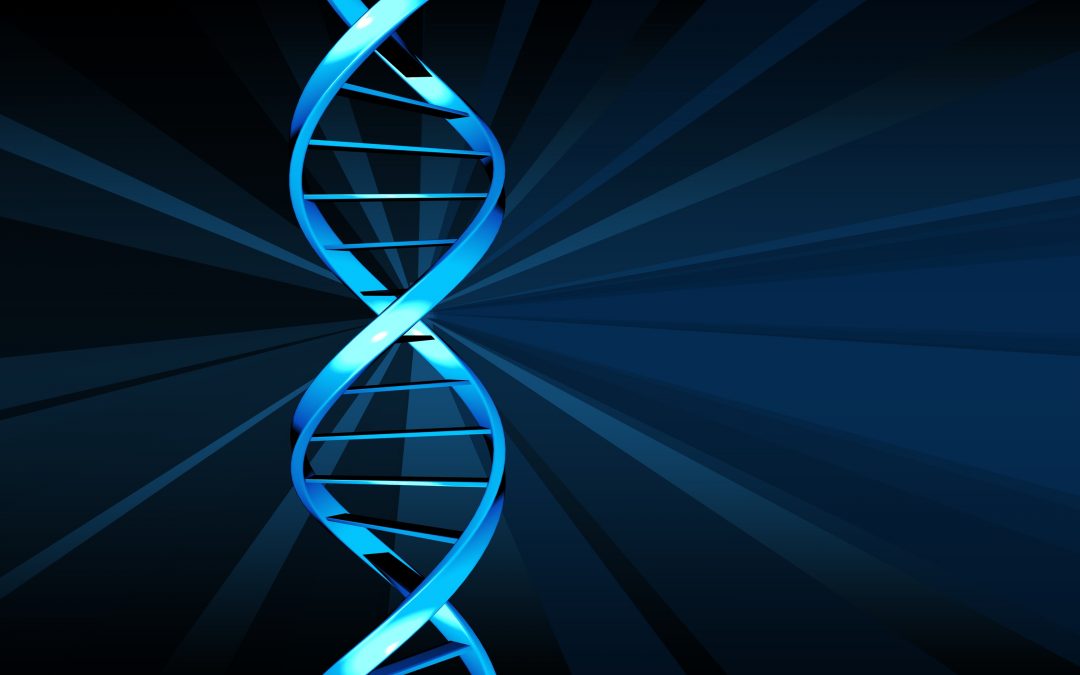 In 2013, Angelina Jolie had a double mastectomy, largely based on the results of genetic testing, and the world started talking about BRCA genes. While awareness is good, education is better – getting the RIGHT information to the RIGHT people.

I had genetic testing not long after I was diagnosed with ovarian cancer in 2014 and met Katie Lang. She is the Coordinator of the Hereditary Cancer Program at Northside Hospital Cancer Institute. Prior to joining Northside she received her Masters of Science in Genetic Counseling from Virginia Commonwealth University and her Masters of Science in Biotechnology from Johns Hopkins. She works alongside five other genetic counselors at Northside all specializing in hereditary cancer risk assessment and genetics and this month, she is our guest blogger!

A huge shout-out to Katie for taking the time to educate us!

I am so happy to be blogging for the Ovarian Cancer Institute this month. Thanks to Ann for giving me this opportunity. I thought a lot about what message I wanted to send to this audience given this wonderful platform. I decided to do some good old-fashioned myth-busting. As a genetic counselor, I am often frustrated by the persistence of a lot of bad information out there that I think keeps women (and men!) from accessing genetic counseling and testing for cancer risk. While I firmly believe that no one should have genetic testing who does not want genetic testing, I also find that many people who don’t pursue testing have either been given bad or outdated information. Sometimes answering a question as simple as, “Does Medicare cover it?” can change a person’s entire outlook on genetic testing. (Also, YES! Medicare does cover it!).

So, I would like to review many of the most persistent myths surrounding genetic testing so we can clarify them once and for all.

Truth: You don’t have to have a family history of cancer to test positive for an inherited genetic mutation, especially if you’ve been diagnosed with cancer yourself. In fact, current research tells us that of all cancers, ovarian cancer is among the most likely to be hereditary. About 1 in 4 women diagnosed with ovarian cancer test positive for an inherited risk. Most of the time these hereditary ovarian cancers are due to mutations in the BRCA1 and BRCA2 genes but other genes have been discovered as well.  Some women think that since they have already developed cancer, there isn’t any new information they can get from genetic testing. However, many of the genes linked to ovarian cancer can also increase a woman’s risk to develop another type of cancer as well. Most often, the genes are linked to breast cancer, however many people don’t know that some genes that cause ovarian cancer can also be linked to high risks for colon cancer. So there is almost always a benefit for an ovarian cancer survivor to learn about additional proactive steps she can take to reduce or manage additional cancer risks she may learn about via genetic testing. Of course there is also information for family members that comes from testing as well.

Myth #3: The only cancer in my family is on my dad’s side so that doesn’t affect me.

Truth: This is 100% untrue, and an especially persistent myth that I encounter all the time. Because the highest cancer risks associated with the BRCA1 and BRCA2 genes impact women, many people assume that men don’t have these genes. But they do! Men can inherit and pass on mutations in BRCA1, BRCA2 and many other genes to their sons or their daughters. Often times we as women are asked about cancers on our mother’s side only but we need to know the history on our father’s side as well.  And even if there is no family history of cancer on either side, 100% of women diagnosed with ovarian cancer are good candidates to meet with a genetic counselor to discuss genetic testing regardless of their age, family history or the stage of their cancer.

Myth #4: Genetic testing is too expensive.

Truth: I’m very happy to report that in fact, genetic testing for women with ovarian cancer is very well covered by insurance including private insurance, Medicaid and Medicare. In addition, many genetic testing laboratories have extremely generous financial assistance programs and some even offer completely free testing if a patient is uninsured. This was not always the case. So if you ever tried to pursue testing in the past and were told it would be a lot of money, please contact us! So much has changed in the last few years. Now, cost should never, ever be a reason to miss out on genetic testing. As genetic counselors we are always up to date on the best way to get testing for any ovarian cancer patient who wishes to pursue it.

Myth #5: These genes can skip generations.

Truth: Nope, not true. This is another persistent myth that thankfully is not true. All of us got the genes we were born with from our mothers and fathers. If an individual has genetic testing and it comes back normal, then that means their genes are working properly so all they could have passed onto their children are working, normal genes. Because of this myth, some people affected by cancer themselves might not have testing and just encourage their children to have testing. While I understand why a cancer survivor would encourage their children to have testing, the better way to help their children and future generations is actually for the person who has had cancer themselves to undergo testing first. This helps in a few different ways. The most important reason is because if this person tests negative, meaning no mutations are found, then most likely none of their children or other relatives (like siblings) need to have testing. This can save time, money and potentially some worry for many relatives. Additionally, if the family member with cancer were to test positive for a genetic risk, this makes the testing of their family members far more useful. In a way, it’s like solving a puzzle. The goal of genetic testing is to find out if the cancer in the family is hereditary, so if everyone but the person with cancer undergoes testing, we aren’t necessarily solving the puzzle.

As genetic counselors we spend well over an hour with every patient, one on one, before they ever have testing. This is so we can make sure the right test, for the right person, at the right time is always being considered. We want our patients to feel empowered by genetic testing and understand all the ways this information can help them as well as their families.

If anyone reading this has specific questions, you are welcome to reach out to us at the Hereditary Cancer Program at Northside Hospital Cancer Institute by emailing us at genetics@northside.com or calling 404-851-6284.